I was in the record crowd at Elland Road of 57,892 on 15 March 1967 v Sunderland with my Dad and brother Gordon. On 20th March 2012 I was at Elland Road with my lad Mark and Grandson Daniel to witness Leeds United's heaviest ever home defeat, 3-7 against Nottingham Forest, in a crowd of 21,367. We may not be famous anymore but we can still make history.

Posted by Chris Abbott at 12:28 am No comments: Links to this post

What the Liberal Democrats have achieved in Government

This excellent infographic was produced by Mark Pack:

Posted by Chris Abbott at 11:11 pm No comments: Links to this post

Tonight local Liberal Democrats voted against Redcar & Cleveland Council’s unfair plan to increase Council tax by 3.5% this year.
The Labour Council turned down a grant of nearly £1.5 million from the Coalition Government to freeze council tax and voted to raise it by 3.5% instead – the highest increase in the country announced so far.
Across the country around 80% of councils have announced that they will freeze council tax this year.
Labour bosses provided no substantial justification for refusing the Government’s offer.
Liberal Democrats in Redcar launched a petition to put pressure on the Council’s ruling Labour Group to think again, but it was to no avail. They have obtained over a thousand signatures.
Liberal Democrat Council Group Leader, Glyn Nightingale commented:
“This is a slap in the face for local hardworking families.
“Very few people will see their wages go up by 3.5% this year. This is not the time to increase the burden of tax on local people. But it is inexcusable when Labour has been offered a credible alternative by the Coalition Government.”
Posted by Chris Abbott at 10:20 pm No comments: Links to this post 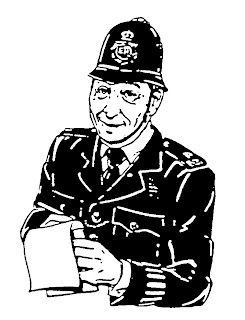 I would hardly call the Northern Echo's report of the Cleveland Police Authority precept decision yesterday a fair and balanced report of the meeting.
Where is the reference to the £960,000 grant the Authority would have received had it opted for the freeze option? That is the equivalent of a 3% increase in Council Tax. Surely Council Tax payers are entitled to know they are now going to be paying £1,120,000 extra in Council Tax this year when they could have saved that 3.5% increase and received £960,000 in Government grant funding.

The concern was that this grant may not be available next year but that is no reason not to accept it this year. I reject the claim of the acting Chief Constable that she could not manage on anything less than a 3.5% increase.

I spoke in favour of the Council Tax freeze at the meeting and voted against the 3.5% increase.

Posted by Chris Abbott at 10:47 am No comments: Links to this post