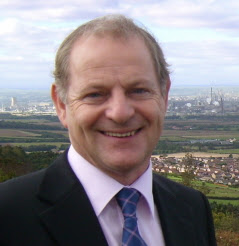 In the Redcar Constituency, six of schools will be opening their doors this summer to help some of the most disadvantaged pupils in our area with the big step up from primary to secondary school.

Many pupils find the move to a bigger school and a more challenging curriculum daunting and this can lead to falling results and they often never catch up again. To help pupils who are especially vulnerable to falling behind, those on free school meals (FSM) or looked-after children, Liberal Democrat Leader and Deputy Prime Minister, Nick Clegg launched the first Summer Schools programme today.
Commenting, Ian Swales MP said:

“These Summer Schools can be the key to a child’s success in later life. The step from primary to secondary school can be a really daunting one for many children. If your confidence is knocked back at this stage, it is difficult to recover as a child progresses through the school.

“Liberal Democrats in the Coalition Government have done the right thing by using these summer schools to prevent people from falling behind rather than trying to help pupils catch-up after the damage has been done.

“By helping children and familiarising them with how a secondary schools looks and works, many of the problems can be tackled and I will be working with schools to make sure pupils get the most out of the Summer School programme.”
Commenting further, Nick Clegg said:

“This is £50m worth of extra brain training giving tens of thousands of disadvantaged pupils a flying start at secondary school.

“It’s two weeks in the summer holidays where pupils can catch up on learning and get to grips with life in secondary school – in short, get in the starting blocks ready for the off in September.

“Those who struggle to make the transition are often among the poorest in society, but two weeks of activities can really help to bridge the gap.

“It’s good news for mums and dads too – no parent wants their child to be left out and fall behind. But not everyone has the luxury of taking long periods off work during the summer break.

“Summer schools will ensure pupils from disadvantaged backgrounds can start secondary school on an equal footing with their peers, setting them up to succeed.“
Posted by Chris Abbott at 12:55 pm No comments: Links to this post 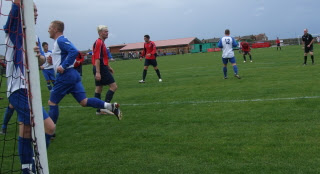 Redcar Athletic FC based at Green Lane, Redcar finished runners up in the Wearside League last season just missing out on the promotion spot to the Northern League, with the ground now furnished with floodlights, this season we want to go one step further and gain that elusive place in the Northern League for the town of Redcar.

With the town of Redcar undergoing a major re- development programme we believe that Redcar Athletic Football Club can do its bit in attracting people to Redcar by putting the town on the Footballing map.

However despite the major works of the floodlights completed we still require financial support to complete the ground development to provide spectator provision, hardstanding and car park improvements.

We are appealing to the businesses in and around Redcar to help us achieve that dream by getting involved with the Club’s Sponsorship packages, we fully understand in the current economic climate that providing financial support is difficult but we have tailored our packages for maximum benefit for minimal outlay, we also have packages available from as little as £30. This is an ideal cheap opportunity to publicise your business details of the available packages are outlined below.

We would also like to encourage the people of Redcar to come along and enjoy the matchday experience at Green Lane, Redcar, entry is only £3 adults, £1 concessions with matchday programmes on sale, snacks and drinks it is a fantastic cheap way to spend your Saturday afternoons  or alternatively save yourself some money and buy a Redcar Athletic season ticket, priced at £50 Adults save £13 on the 21 Home League games plus get free entry into all the Home Cup games as well as one free entry into the club’s 200 club with the chance to win £100 every week . For those who want to attend the fixtures are provided on a monthly basis and updated on the clubs website www.redcarathletic.co.uk

200 Club
The club also has a relatively cheap way for everybody to support the Club off the pitch by joining the 200 Club for a £1 a week you will be allocated a number and a weekly draw will determine the winning number. Each week you will have the opportunity to win the weekly prize of up to £100, you can join the 100 club simply by e mailing kevfryett@hotmail.com and requesting your number or by following this link on the club website  http://www.redcarathletic.co.uk/club/NoticeBoard

In addition receive a free link to your website on the Club’s Website click on the link to view example - http://www.redcarathletic.co.uk/club/138602/Home, 2 free season tickets and 1 free entry into the 200 Club

Mighty Leeds United have won a landmark case against Police charging club the for policing outside of the ground.
Posted by Chris Abbott at 11:15 am No comments: Links to this post

Which local Labour MP wants to keep unelected Lords in a job for life? 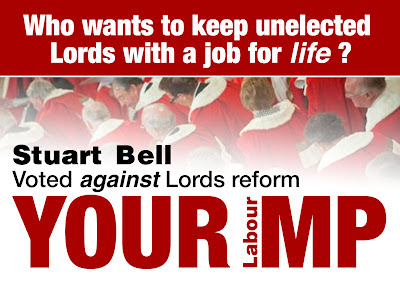 Posted by Chris Abbott at 10:33 pm No comments: Links to this post

Ian Swales, Liberal Democrat MP for Redcar, is delighted with the news that the Government have agreed to cover the costs of Operation Sacristy in full.

The costs of this case have been mounting up and have now reached 1.6m, which would mean there would be a significant impact on the forces budget if they had to cover these costs themselves.

Ian said: ‘I am delighted that the Home Office are paying for the costs of the enquiry of the alleged wrongdoing at Cleveland Police.  At a time when police budgets are under tremendous pressure, it would have been wrong to see the police having to make even bigger savings due to these one-off costs.

‘I have been campaigning hard in Parliament for this to happen and am pleased to have played a part in ensuring that local people continue to get the excellent service that they deserve.’

Posted by Chris Abbott at 5:12 pm No comments: Links to this post 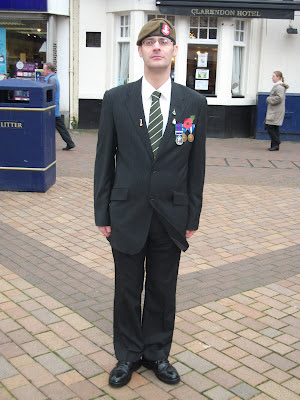 Ian Swales MP has expressed his dismay at the decision to scrap the 2nd Battalion the Yorkshire Regiment (Green Howards) that was announced this morning.   The Green Howards have a historic link to the area and are very important to the generations of families whose lives are intertwined with the name.
The unit can trace its beginnings back to the 17th Century, and retaining historic links is vital for the local community to feel a sense of belonging and purpose.

"Sadly the Green Howards regiment was scrapped in 2006 under the previous Government but I was delighted when the name was preserved and attached to the 2nd Battalion the Yorkshire Regiment (Green Howards).  I hope that at the very least we can attach this historic name to a reserve battalion and I will be urging the minister to consider this.
"The Green Howards have always had a very strong connection to our area.  I know a number of former Green Howards and they have the Freedom of the Borough.  It is always a fantastic sight to see them march through Redcar.

"I will be challenging this decision in Parliament as our area remains a fertile ground for recruitment regardless of demographic projections, and it is important that we retain the distinct identity that the Green Howards have and their historic link to our area."

Eric Howden, Secretary of Redcar Branch, and Chairman of the Cleveland Group for the British Legion commented:

"I am really saddened to hear the news today.  This area has served the British Army with its sons and daughters for many years, and not too long ago granted the Green Howards freedom of the borough.

"My step-son, Darren, was killed whilst serving with the Green Howards before their amalgamation, and to lose it now will not only be a great loss personally but also a great loss to our communities."


Family links - Our eldest lad Steven Abbott served 9 years in the Green Howards Regiment
Posted by Chris Abbott at 4:49 pm No comments: Links to this post